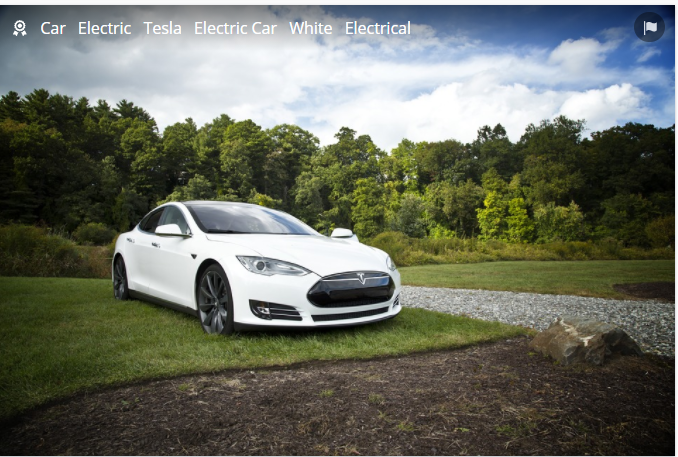 In our blog, we’re gonna do our best to compare the environmental impact of electrical vehicles versus gas-powered ones. And look, We’re gonna try to be as impartial and unbiased as possible because we are a car boy,we  love gas cars and we love electric cars, and we have no agenda to push.

We  just wanna know what’s true and what’s false, okay? This could’ve easily because honestly, this is a lot more complicated than we initially thought. But, we know you are busy, you ain’t got time for that, so we’re just gonna look at some facts for both types of vehicles and try to draw a conclusion from that.

First, let us take a look at some ways electrical cars ar dangerous for the environment. And let us tell you, there is a few. One of the biggest arguments against electric ve is that battery production for an Electric car is much more detrimental for the atmosphere than the production of internal combustion cars. So, is that true?

And… yes! The initial environmental footprint from current electric car production is bigger than production of internal combustion engines. The large batteries Evs use are made with lithium, which, like any raw material, needs to be mined, and the mining process produces lots of greenhouse gases.

It is a problem that’s only going to grow unless the manufacturing process becomes more efficient. Sales of Electric Vehicles topped one million per year for the first time in 2017. Some estimates predict that by the year 2030, there’ll be more than 125 million Electric Cars on the road and those vehicles are gonna need batteries.

Needless to mention, lithium is in high demand and it all has to come from somewhere. It takes on average about eight to 10 metric tons of CO2 to produce an electric vehicle. That is a lot. Obviously, the bigger the battery more CO2 it takes to produce it.

Some smaller batteries in economy size Electric vehicles could take as few as 2 metric tons to produce but larger Electric Vehicles with long-rang batteries could be responsible for up to 17 metric tons of CO2 emissions. Conversely, the average production for an internal combustion vehicle produces around seven metric tons of CO2.

Why does Electric Vehicle production lead to a bigger environmental footprint? More than half of the world’s lithium supply comes from the  quote, lithium triangle an area between Chile, Bolivia and Argentina. In the arid salt-plains of the Atacama desert, high up in the Andes Mountains, workers drill through the crust of the salt to get to the mineral-rich brine below the surface.

This process leaches massive amounts of groundwater from the surrounding area, resulting in a decreased water supply and less accessible water for local agriculture. In a region of Chile called Salar de Atacama, mining companies have used 65% of the region’s water. It takes 750 tons of brine to produce one ton of lithium.

lithium is just one of the components of a battery, it’s actually a smaller percentage than you might think too, at around six percent. A growing concern surrounds the sourcing of another element used in batteries: cobalt. But the issue is more of an ethical dilemma as some cobalt mines use child labor, which is reprehensible.

And then, there’s the problem of recycling these things. The process in which lithium ion batteries are recycled is not at the point it needs to be to deal with the growing number of spent batteries from electric vehicles. There are plenty of different challenges associated with recycling these batteries.

Relatively inane things like storage becomes a huge issue because of the volatility of the elements in a lithium battery. There have already been a number of fires in facilities that process old batteries. Is the number of potentially catastrophic fires and explosions gonna go up as more batteries are stockpiled in the future?

It all depends on how quickly the industry evolves to deal with these issues. The fact of the matter is modern electric vehicle production is in its relative infancy compared to gas engines, so as time goes on and new processes come into play, the environmental impact will get better.

The same can be said about where electric vehicles get their electricity. And now, many regions of the United State are still getting their power from coal power-plants. So, the impact of driving a zero emissions car in those regions is more detrimental to the environment than driving an Electric Car in place with clean energy, such as wind, solar and hydroelectric power-plants.

But, as those types of energy become more common, the efficiency at which an Electric Vehicle operates will only get better. So now that we know the very real problems of electric vehicle production, how do they compare to the internal combustion engine? Let us start where we did with the electric vehicles: production.

Manufacturing the average internal combustion engine produces 7 metric tons of CO2. This number takes into account everything from the mining ore for steel to the moment the car rolls off the production line. That number is lower than Evs because of the absence of lithium ion batteries.

Surely, It also has to do with how efficient ICE manufacturing has become. We were talking about the industry that is responsible for inventing the assembly line. After the car rolls out of the factory, greenhouse emissions from gasoline-powered cars average around 5.2 metric tons per year, and that is if the car drives the national average of about 11,800 miles per year.

Over the lifespan of a car, it is responsible for 57 metric tons of CO2, that’s seven for production and fifty  in emissions. Gasoline, like lithium has to be mined. The average car in the United State goes through about 500 gallons of gas per year and that gas, like the lithium in the batteries has to come from somewhere.

There is a lot of steps between the extraction of crude oil to you filling your car at the gas station, and each step has an environmental impact. Crude oil extraction starts with drilling into the earth, and either on land or on the ocean floor. After the crude oil is mined, it needs to be refined into gasoline and other petroleum products such plastic, petroleum jelly and jet fuel.

This process releases tons of greenhouse gases, including not only CO2 but also methane and nitrous oxide as well. Every time around the world, close to 95 million barrels of oil are produced and every day oil refinement is responsible for emitting 767 millions tons of CO2 into the atmosphere. Sure, the average car is responsible for 5.2 tons of CO2 every year, but oil refineries release a whopping 280 billion metric tons of CO2 in that same timeframe.

We know that over the average lifespan of a car with an internal combustion engine, it will emit roughly 57 metric tons of C02. Over the same time period, the average Electric Vehicle is responsible for 28 metric tons of emissions, less than half of that of an ICE engine.

Despite the fact that electric cars make more CO2 during their production, they more than make up for it by not having any emissions during use. Taking into account the emissions produced by electric power-plants that electric vehicles/EVs source their power from the national average for an Electric Vehicle is around 2 metric tons per year.

So that means the average Electric Vehicles will become more efficient than a gas-powered car between 6 months to 2 years of driving it. In fact, even the least efficient electric vehicle/EVs with the dirtiest power source, like a coal power-plant, will be better for the environment than the most efficient gas engine after a certain period of time.

Electric vehicles/Evs  in states with access to cleaner electricity like windmills, solar and hydroelectric power-plants are significantly more efficient.

Let us take a look at a few more myths.

This one is also false, ok.

And Even if a quarter of the cars on the road were electric tomorrow, the electric grids in the U.S. could handle all of them without a disruption. So, are electric cars better for the enviroment?

What is design innovation and why you should to know it?